On March 13th, we presented a petition calling for permanent protection of Jumbo, with 61,526 signatures from around the world, to the transboundary Ktunaxa Nation in support of their Qat’muk Declaration at a ceremony in a packed venue at the Ktunaxa Nation offices, with more than 100 in attendance. 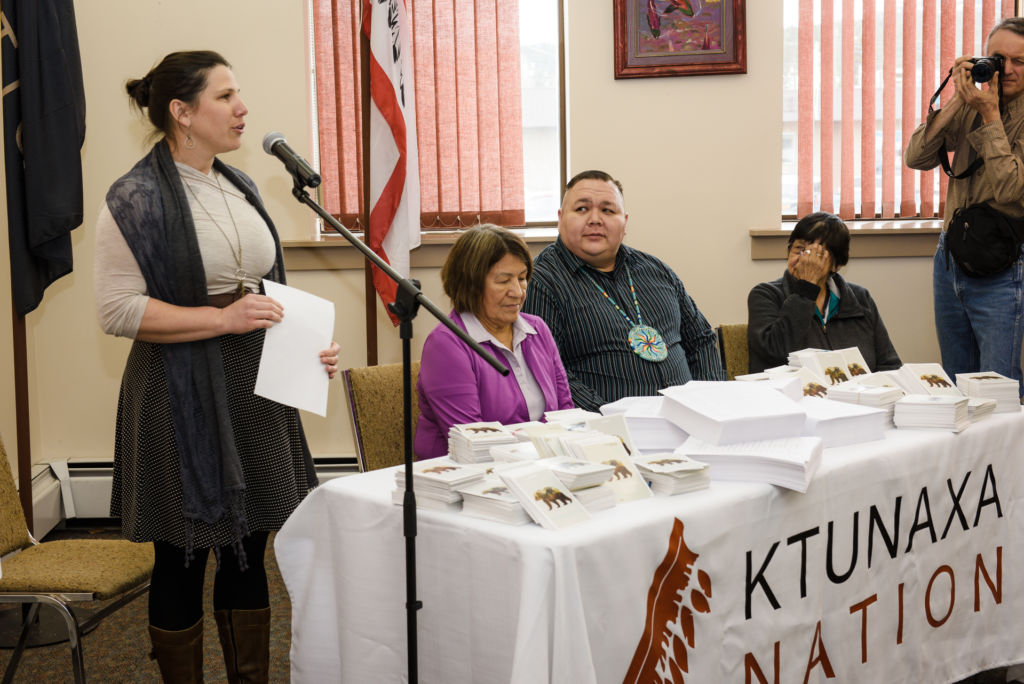 The petition was launched from a partnership between Wildsight and Patagonia, with the feature-length film Jumbo Wild that inspired tens of thousands around the world to stand up for the remote wilderness, critical grizzly bear connectivity habitat and Ktunaxa spiritual values of the Jumbo Valley.

The very next day, the petition was presented to the government in the BC Legislature by longtime Jumbo Wild supporters Columbia River-Revelstoke MLA Norm Macdonald and Nelson-Creston MLA Michelle Mungall.

“It isn’t just wolverines and bears that need wilderness; humans need wilderness too,” said Robyn Duncan, Wildsight Executive Director and Jumbo campaign lead, in Cranbrook “and that’s what the Jumbo Glacier Resort threatens: one of the last significant pieces of wilderness in southern BC.”

For the Ktunaxa, the Jumbo Valley is Qat’muk, the home of the grizzly, and an important spiritual site that would be desecrated by the proposed Jumbo Glacier Resort. The Ktunaxa are defending Qat’muk with a judicial review under consideration by the Supreme Court of Canada.

“We stand together with you here today and we’ll stand with you until Qat’muk is finally protected.” said Duncan, addressing the Ktunaxa Nation from the BC, Montana, and Idaho.

“It would be a very important act of reconciliation on the part of the government of BC if they chose to walk with us to develop permanent protection for the spiritual, cultural, environmental and other values in Qat’muk,” said Kathryn Teneese, chair of the Ktunaxa Nation Council. “Thus, your powerful request that the BC government work with us to create a Ktunaxa protected area is, in itself, an act of reconciliation.”

“Environmental conservation requires a new model that respects First Nations traditional use rights and spiritual values, while also protecting ecological and wilderness values,” said Duncan, “We have an incredible opportunity to do exactly that here in Qat’muk – and we’ll continue to push our governments to rise to that challenge.” 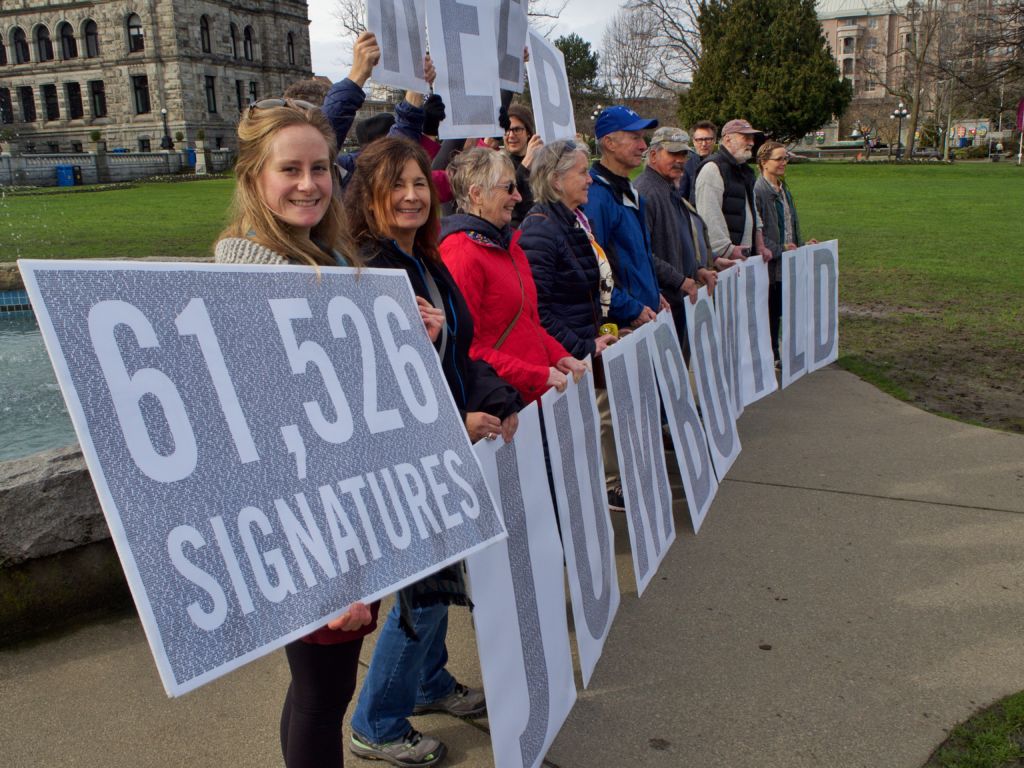 “We’re here today, along with 61,526 others, to stand up and demand that Christy Clark and the BC Government not only halt all development in the Jumbo Valley,” said Robyn Duncan, speaking to Jumbo Wild supporters on the steps of the BC Legislature, “but also permanently protect the ecological and spiritual values of the Jumbo Valley. And Jumbo is not an island and Jumbo can never truly be protected until the central Purcells are protected.”

A special thanks to everyone who got involved (in person and online) to help push the petition signature well beyond our highest expectations. Together, we’ll keep Jumbo wild!