Now and forever, Qat’muk will be safe in a special Indigenous protected area, declared today by the Ktunaxa Nation with the support of our federal and provincial governments.

From the earliest marches through the streets of Invermere and protest camps in the Purcell Mountains, to the thousands who signed petitions and proudly placed Jumbo Wild Forever bumper stickers on their cars, we fought proudly alongside the Ktunaxa people to protect the home of the grizzly bear spirit. Now, this sacred place has been returned to the Ktunaxa people, to protect for grizzly bears and for all living things.

Together, Kootenay people, the Ktunaxa Nation and supporters around the world stopped a resort town from being built in the middle of the wild Purcell Mountains. Together, we fought for a home for grizzly bears over private profit—and we won! 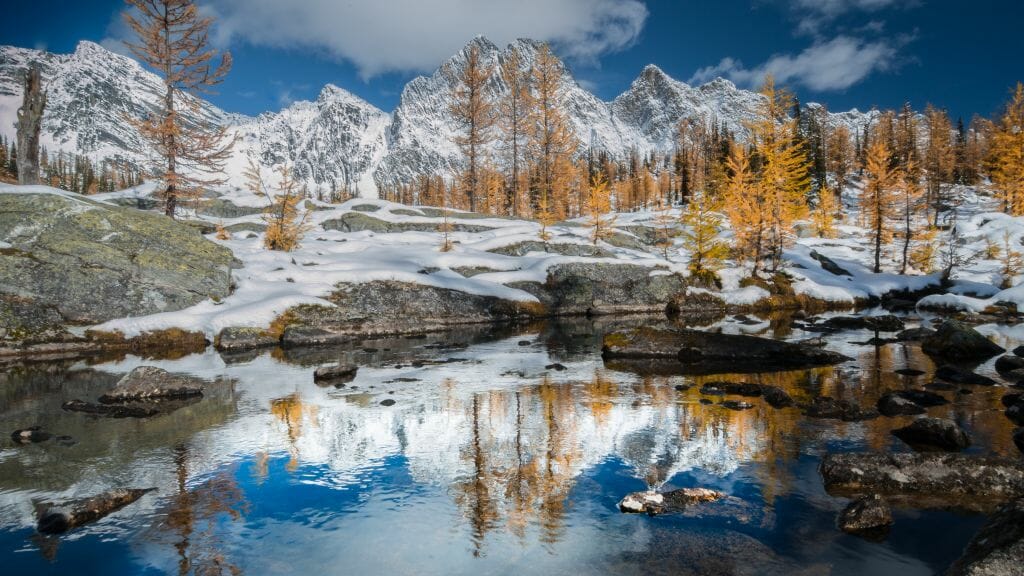 Photo (and header photo) by @tomweagerphotography

The Ktunaxa Nation and the Province of British Columbia are creating an Indigenous Protected and Conserved Area in Qat’muk, the Ktunaxa people’s sacred landscape that includes the Jumbo Valley. Our governments have finally recognized the Ktunaxa’s rights to protect Qat’muk and its beating heart in the Jumbo Valley.

What does an Indigenous Protected and Conserved Area mean? No resort. A safe space for grizzly bears to roam. And a special place in the mountains that will stay wild.

The Qat’muk protected area will be much more than just the Jumbo Valley. Stretching over an anticipated 700 square kilometres of Purcell Mountain wilderness, the protected area will include glaciers, rocky peaks, rushing rivers, dense forests and deep mountain valleys spreading out in all directions from Jumbo. To the south, it will connect with the vast Purcell Wilderness Conservancy, giving grizzly bears and creatures of all kinds an expanse of connected habitat with few equals in Southern Canada.

As one of the only wildlife corridors left for grizzly bears to travel north-south between the United States and Canada, the protection of Qat’muk, a crucial part of the Purcell and Columbia Mountain habitat corridor, is great news for grizzlies across the continent. 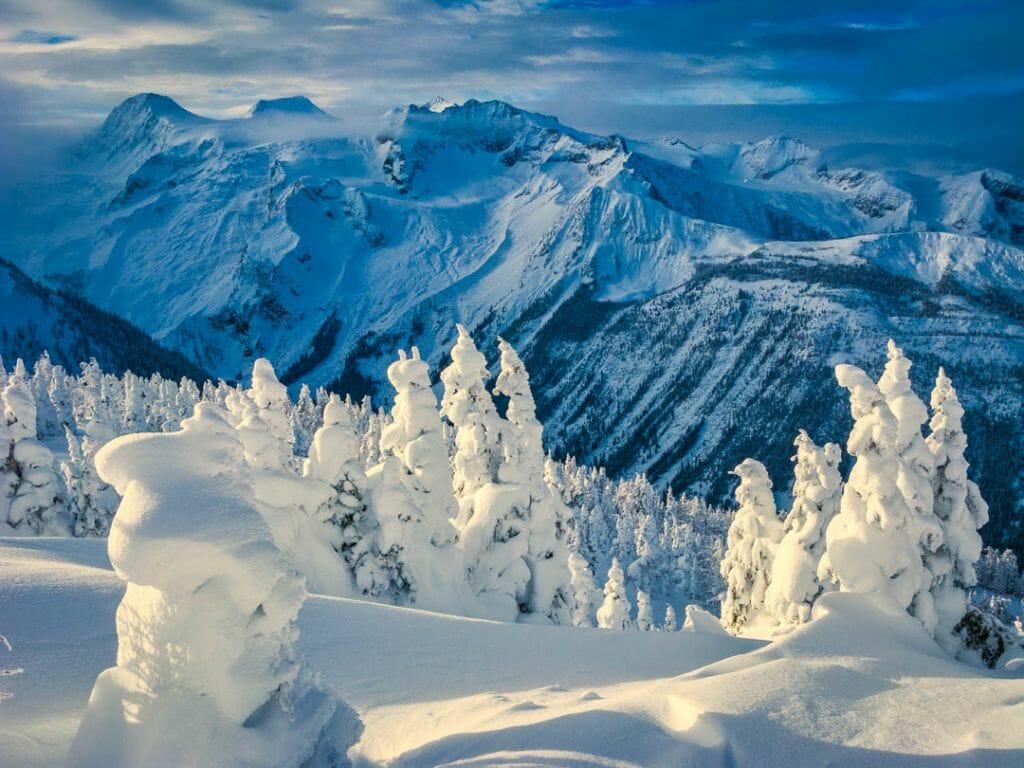 Qat’muk is a sacred place for the Ktunaxa, where Kǂawǂa Tukǂuǂakʔis, the Grizzly Bear Spirit, was born, goes to heal itself, and returns to the spirit world. Kǂawǂa Tukǂuǂakʔis is an important source of guidance, strength, protection and spirituality for the Ktunaxa, and the Nation has a duty to protect the Grizzly Bear Spirit and Qat’muk—a duty they can now proudly fulfill.

After years of legal and political wrangling that went all the way to the Supreme Court of Canada, the provincial and federal governments have finally taken steps towards reconciliation by recognizing Ktunaxa rights in Qat’muk.

Qat’muk is one of only a handful of Indigeneous Protected and Conserved Areas in all of Canada. The recognition of Ktunaxa rights to protect Qat’muk marks another important step forward for the recognition of Indigenous rights to defend their traditional territories in Canada.

From the bottom of our hearts, thank you to everyone who joined the fight to keep Jumbo Wild. For everyone who kept up the struggle, year after year, kept coming to meetings, kept heading up into the mountains, thank you. For the generous donors and funders who gave to keep us going for nearly three decades and the foundations whose support for the Ktunaxa’s vision made this day possible, thank you. For Patagonia and the film that brought Jumbo Wild to the world, thank you.

For everyone who spoke up for grizzly bears and for Ktunaxa rights, thank you. For everyone, from all around the world, who stood up to proudly say “Keep Jumbo Wild”, thank you! 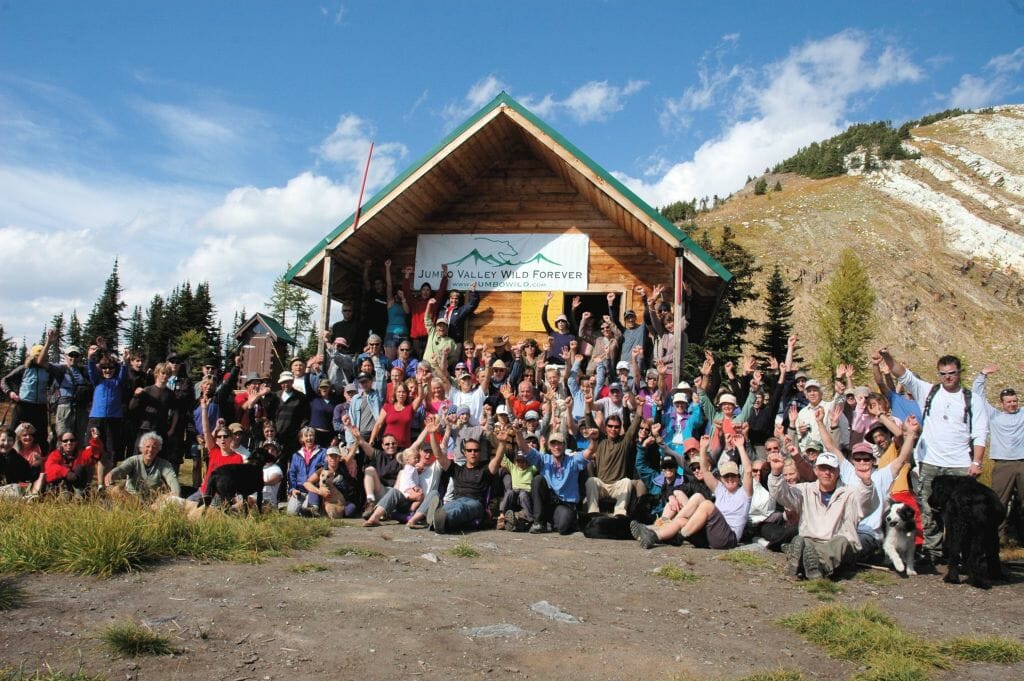 For years, Jumbo Wild supporters hiked to Jumbo Pass from the west and the east, meeting at the cabin to celebrate another year of keeping Jumbo Wild.