In late 2014, our long-running Jumbo Wild campaign was selected as Patagonia’s environmental spotlight for the coming year. We had no idea that our small, local campaign was under consideration. As the phone call check-ins got more frequent, and as more of the Patagonia team joined the calls, it quickly became clear we were about to become part of something much bigger.

Since being proposed in 1991, The Jumbo Glacier Resort—a year-round ski resort that would occupy 6,000 hectares and access four glaciers in the Jumbo Valley, threatening wildlife and our Purcell Mountain wilderness—has been met with strong opposition from locals and the Ktunaxa Nation, for whom Jumbo is a sacred place where the grizzly bear spirit goes to dance. Despite the decades-long resistance, plans for the unpopular resort have continued to slowly move forward. Kootenay locals weren’t going to take it.  As with any important battle, the voices behind the cause grew stronger and stronger in both numbers and volume. To use an appropriate winter metaphor – things begin to snowball.

But even in year twenty-three of the campaign, with thousands of supporters, we couldn’t have possibly imagined just how immersive the Patagonia experience would be. Over the course of the next year, we became intimately familiar with Patagonia’s environmental spotlight, the biggest piece being the feature-length film Jumbo Wild, produced by Sweetgrass Productions.


Patagonia had been a long-time supporter of our Jumbo Wild campaign—and an even longer-time inspiration (and insulation) for those of us who like to spend our days outside —but it was not until the company launched their “The New Localism” initiative that our shared passions and work would be aligned in such a powerful way. Which was exactly the point of their new campaign: that love of the wilderness inspires all of us to get out and play – and to work to protect it.

“The New Localism” may have been an evolution in Patagonia’s ongoing environmental advocacy strategy, but it was by no means a new mutation in their company DNA. In 2002, Patagonia’s Yvon Chouinard and Craig Matthews founded One Percent For The Planet, a movement for businesses around the world to commit 1% of their sales to support environmental protection. Last Black Friday—the aptly named feast of consumerism on steroids—Patagonia donated 100 percent of their global Black Friday sales to grassroots organizations. Likewise, The Conservation Alliance, founded in 1989 by Patagonia and three other outdoor companies, has now brought together more than 200 companies to fund protection for wild places.

There are plenty more examples of Patagonia laying bricks for a better future—from their Worn Wear campaign to their The Footprint Chronicles—but if you haven’t yet read Patagonia founder Yvon Chouinard’s Let My People Go Surfing, that’s a good place to start. It’s a truly inspiring read that will give you a healthy new perspective on what a business can be. Patagonia has a passion for a better world, driven by uncompromising ideals and hard work – and that’s something that we were fortunate enough to experience first hand.

Alongside the Jumbo Wild film, came support from many departments within Patagonia. Their 2015 winter catalogue was all about Jumbo Wild, with photos and essays depicting the Jumbo Valley and the fight to keep it wild dominating. Jumbo Wild t-shirts, photo displays and campaign materials were distributed to Patagonia stores around the world. Articles were featured on Patagonia’s “The Cleanest Line” blog. And with the release of the film in October 2015 came a North American film tour, starting right here in the Kootenays.

It’s hard to overstate the amplifying power that Patagonia brought to bear with their Facebook, Twitter and Instagram channels, their website, and their emails. Getting the Jumbo Wild message out to so many outdoor enthusiasts, all around the world, is still hard to fathom for a small non-profit working in our little corner of British Columbia.

For a small campaign driven by volunteers and one half-time campaigner, Patagonia’s environmental spotlight was very bright indeed! 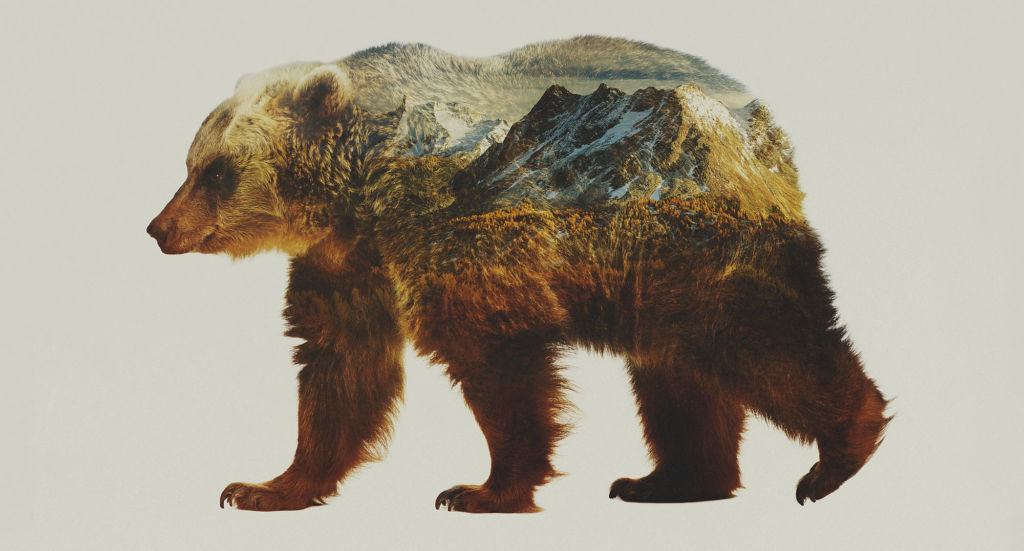 We were able to join the tour for many of the film screenings and the Jumbo love after each showing was phenomenal. And seeing people connect their own special valleys and their local issues to the Jumbo Wild story was another level of inspiration that we never would have dreamed of.

Once the tour went global, the reaction to the film was overwhelming – we were flooded with messages of hope, offers to help, donations and more requests for Jumbo Wild stickers than you could imagine! Montesogno, a UK-based designer, and Kootenay Life created Jumbo Wild clothing. A Canmore-based tattoo company hosted a Jumbo Wild tattoo day. And the list goes on and on. After 26 years fighting a proposal that should have been scrapped right from the beginning, there is nothing more inspiring than being overwhelmed by offers of support. Some waves take longer to finally crest, but once they do…

The Jumbo Wild film drove a petition to support the Ktunaxa Nation’s Qat’muk Declaration and demand permanent protection for the Jumbo Valley. After another wave of support from a release on Netflix, more than 60,000 people from all around the world had signed our petition. We delivered the petition to the Ktunaxa Nation along with Patagonia Ambassador Leah Evans and many other active voices from campaign, some part of the fight since the very beginning. The petition, thought to be the largest ever tabled in the legislature, was presented to the BC government the next day. 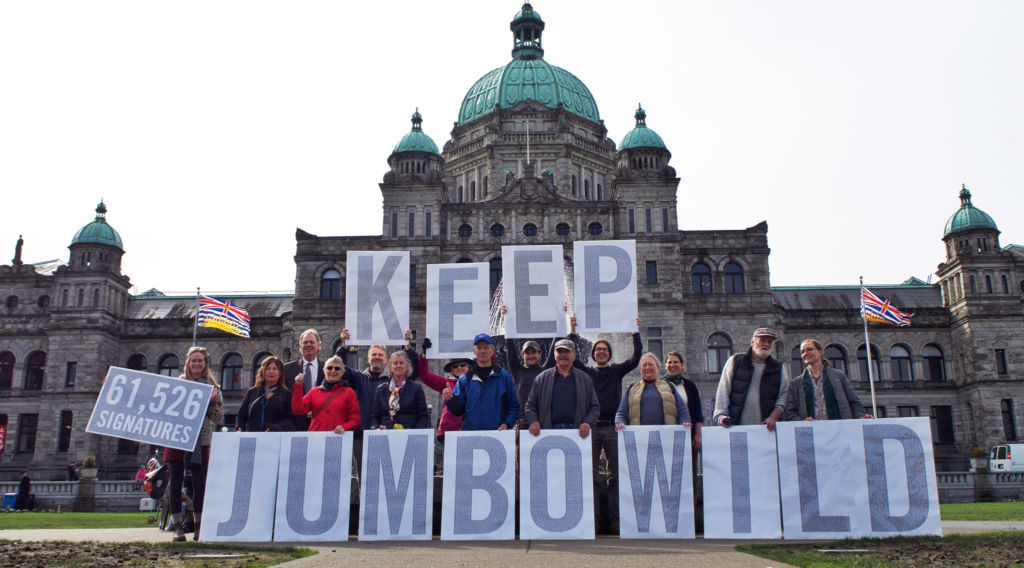 As the results of the recent B.C. election are still up in the air, with court cases from the resort developer and from Wildsight and other environmental groups pending – and as we all wait for the Supreme Court of Canada’s decision in the Ktunaxa Nation’s charter case for protection of their spiritual beliefs, the future of Jumbo is still uncertain. But thanks to the strategically passionate support from a Patagonia initiative that continues to inspire and push local grassroots campaigns, and the tens of thousands standing with us, we know the Jumbo Valley will stay wild – forever.

For a perspective from the other side, read Patagonia’s Hans Cole on their New Localism initiative.