Join the Jumbo Creek Conservation Society for their Annual General Meeting (AGM), a review of the past year and what’s coming up this year. The AGM will be followed by a presentation from Harvey Locke. 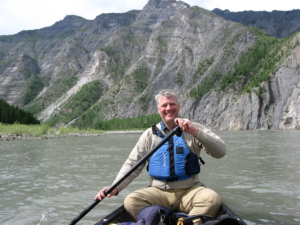 Harvey is a conservationist, writer, and photographer and a recognized global leader in the field of parks, wilderness and large landscape conservation. A founder of the Yellowstone to Yukon Conservation Initiative and of the Nature Needs Half Movement, Harvey lives in Banff National Park where he worked for many years on the reintroduction of Plains bison.

Named one of Canada’s leaders for the 21st century by Time Magazine, he has received many awards for his work including IUCN’s Fred M. Packard International Parks Merit Award for outstanding service to the worlds protected areas.

In his A/V presentation, Harvey will address two important questions: “How do the Purcells fit into the big picture of Nature conservation in the 21st century?” And, “Why does what happens at Jumbo/Qatmuk matter to anybody outside the region?” He will also talk about the global Nature Needs Half movement.