In part one of our three part interview series with ʔaq̓am Chief Joe Pierre, Joe spoke about the importance of water, stories and respecting all living things to the Ktunaxa people. In part two, Joe gave us a detailed look at Qat’muk and what this sacred place means to him and the Ktunaxa.

In part 3, Joe details what a sacred space means to him, and what the Supreme court case could mean for Ktunaxa, Qat’muk and indigenous sacred spaces across Canada.

Eddie Petryshen: Do you have anything you’d like to say to the nearly 60,000 people from around the world who have signed the petition supporting the Qat’muk declaration and calling for permanent protection?

It’s cool because my wife, last summer, was driving home from Calgary and she stopped in Radium at the Husky there, where you can see across the valley. She was having a drink and stretching. She noticed some fellows sitting at a table, and immediately from their “hello” back to her, she knew they weren’t from around here because of their accents. The one guy had what she knew immediately was a New Jersey or New York kind of thing going on. He was like, “Oh yeah, I’m from New York.” And the other guy had a clearly European accent, and he told her that he is from Germany. My wife feels a connection to this area and so wanted to welcome them to this area. Apparently that fellow from Germany said to her, “So Jumbo, where is Jumbo?” He knew that he was close, because he’d seen the movie. So right away my wife was like, “You know about that?” He said, “Yeah, I’ve seen the movie and I know I’m in the area.” So she was able to point across the valley, and she said, “As the crow flies, it’s just right over there.” He was like, “I can’t believe I’m so close to Jumbo.” So it’s humbling to me. 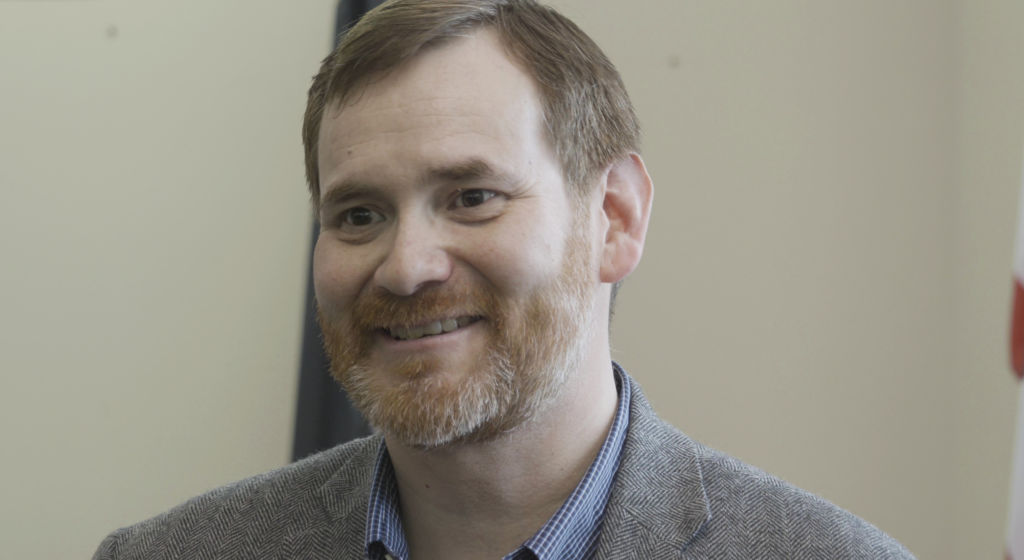 “I’ve jokingly made that reference of, I’m not going to go and build a resort in the middle of the Vatican. Nobody is going to do that. But again it is that removal of man from all living things and putting ourselves on top, and believing that man made sacred spaces are the true sacred spaces, and that these sacred spaces in nature can be altered by us and it is just fine.”

I’m really, really happy that people around the world are mindful and wanting to take up that same responsibility that us Ktunaxa have, that stewardship responsibility for Mother Earth. I think that by signing on to that petition they really are trying to give voice to all living things. In our language we say hu sukiǂq̓ukni which is one of our ways of saying thank you. It’s got a couple of different translations. If a person says  hu sukiǂq̓ukni they might be expressing, “I’m happy.” But if you are saying  hu sukiǂq̓ukni to another person you are saying what you have done for me makes me happy, or another way of saying “thank you”. So I guess I would be saying to them, I’m so happy or I’m so glad that they understand the responsibility that us humans have.

EP: The court case: what are your hopes?

I’m hoping that we’ll hear from the court this summer, or maybe earlier than this summer, but a lot of us in the Nation know that it takes time for the Supreme Court of our country to rule and come out with their decisions. So having been heard on December 1, we understand that it will probably be six months before we hear back from them, and a lot of our Nation’s people absolutely believe that we are going to hear a ruling from the Supreme Court that is going to be in our favour and it will put this to sleep. A lot of us need it to just be done. It’s time. I’m pretty much holding out that it will come back favourable for our Nation, and when that happens, it should put that to bed.

EP: Outside of the Columbia Basin and outside of the Ktunaxa territory, what do you think that means for indigenous law?

JP: It’s huge, because we are using that part of the Canadian constitution that talks about people’s freedom of religion. We’re trying to say that our freedom, that freedom of religion, is being infringed upon. The thing is, again, monument building wasn’t very pervasive here in the Americas. I mean there are some tribes that did do some monument building in the Americas, but for the most part that kind of thing didn’t happen. So sacred spaces for the indigenous people are the natural spaces.

Maybe some of those sacred spaces have been altered by human beings, maybe the construction of a medicine wheel on the ground, with the rocks and pointing the directions and those kinds of things. So maybe manmade, or altered by man, but still for the most part, for aboriginal people, our sacred spaces are those natural spaces. And so we need people to actually acknowledge that our spiritually and our forms of praying, organized and understood throughout the culture of the people, aren’t just loose understandings that come and go and change over time. They are complex systems of rules of the ways of being.

Even Oberto [Oberti, Jumbo developer] speaks about the beauty and the spirituality of that place. He himself acknowledges that and he sees that, but I think he misses the part where his vision is destroying exactly what it is that he wants to try to share with the world. It’s funny, because I’ve heard him talk about the spirituality of the place. I know he’s Italian, so I’ve jokingly made that reference of, I’m not going to go and build a resort in the middle of the Vatican. Nobody is going to do that. But again it is that removal of man from all living things and putting ourselves on top, and believing that man made sacred spaces are the true sacred spaces, and that these sacred spaces in nature can be altered by us and it is just fine. The outcry that would happen if someone tried to alter that sacred space that we call the Vatican, it’s mind-blowing, especially coming from a culture who are not monument builders.

When I was asked to talk to one of the lawyers when we were first approaching the court cases as a Nation, one of the very first things that I said to that lawyer was, “I think the things that I have to tell you are just not going to be heard, or listened to in the courts. I just don’t believe that our court system can even fathom or understand the information I am about to give to you.” And he said, “I hear exactly where you are coming from. But I’ve been doing this work for a long time and I do believe there are ways to talk about these ideas of spirituality and these connections that you have to the Earth in our court system. I believe that our court system has the space to hear these things and to understand these things.” And I hope he’s right. 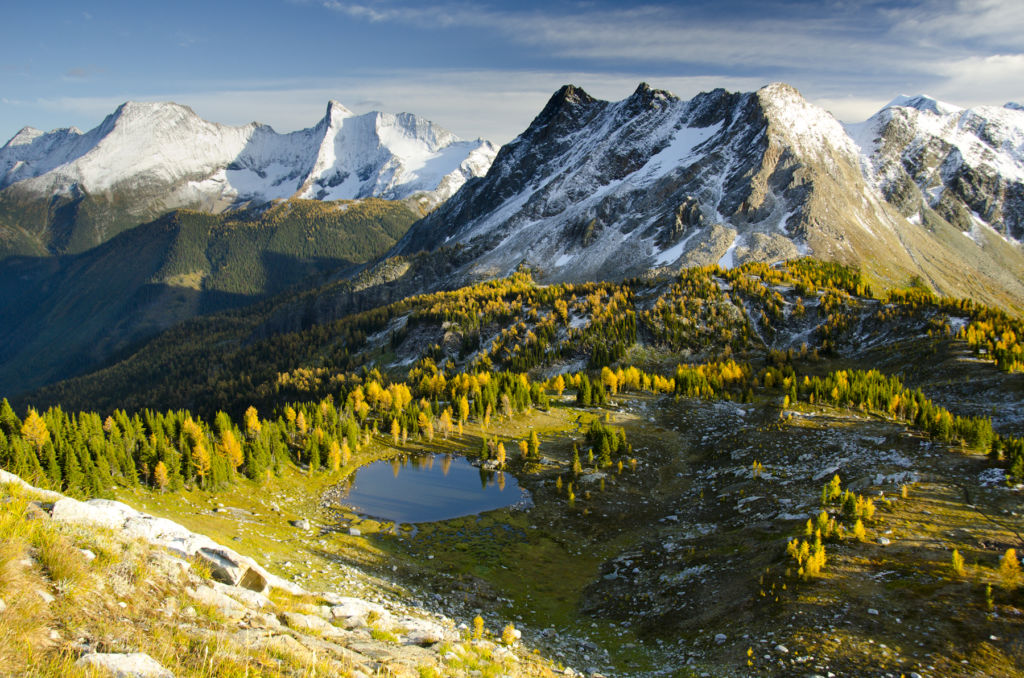